In less than two months, 2011 will come to a close. Christmas will soon come and that means to be all ready for a fun filled time of enjoyment, good food and everything pretty and nice! It is also at such a time HSM will need to relook at 'AIM 2011'. Have we reached our goal and stayed focus in bringing the best deals to all magicians internationally.

This year has so far been all about constant progress. Moving on each step carefully while always being in excitement for new events to unfold. With the annual Birthday July, many have been asking for the event to be extended. The extension was met with our 'September-October specials', with more affordable magic hitting the shelves. As HSM network with more magic companies, the deals are promised to get better.

This year HSM has also shifted under the umbrella of 'northernhut magic'. This means a wider coverage for magicians and shops purchasing from HSM. Magic apparels are now easier to obtain and at minimal cost! This also means HSM can be linked from www.northernhut.com. HSM has also shifted from a .weebly domain to a fully controlled domain 'www.hidden-street-magic.com'. Each advancement, although small has been met with joy and excitement from customers of HSM.

Finally, in this last two months before 2011 ends, HSM will attempt something that has not yet been accomplished in Singapore's magic history. That is enabling all magicians young and old, high and lower income group families who have the desire to perform magic and bring smiles to the faces of others, to be able to obtain their magic products and perform their best performance, not giving up performing because of the inability of obtaining a magic product due to cost. More importantly, to uphold the trust and integrity of being one of the few shops with honest pricing and top customer service.

Till the end of 2011, may everyone spread the joy and fun of magic. 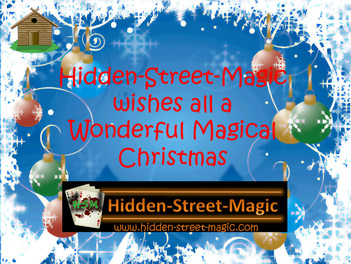 In 2011, HSM seeks to bring greater savings to all customers. HSM will also look in to moving deeper in to the international community. With an increase in demand for original high quality magic products in countries such as India, China, America, Germany, France etc, HSM promises to ship magic products to you! If you are interested in being a magic dealer, let me know here. HSM encourages young entreprenuers and will even guide you along step by step as much as possible. Just remember to build us up as we build you up too!

For Singaporean magicians, HSM assures you the best savings in town. Your support counts and we know that! 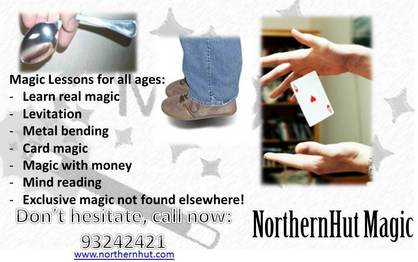 Hidden-street-magic would like to thank everyone for their continuous support throughout 2010. With key events like Birthday July, three top spenders received 50$ worth of free magic products of their choice. A survey done has shown that hidden-street-magic has brought a key difference in to magic industry by educating magicians of all ages, and magic shops on right magic morals. Another key point brought up, is friendly and enthusiastic customer service. I am delighted to receive such reports.

Thank you very much and look forward to greater savings in the year 2011!
Hidden Street Magic - #1 Leader In Practical Social Magic