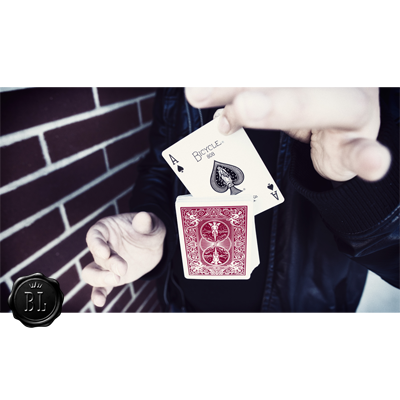 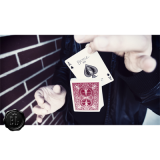 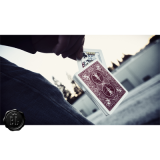 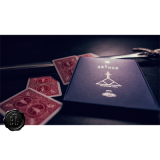 SKU:
SGD48.00
SGD48.00
Unavailable
per item
"How the hell doesn't that happen Chris? What are you, Satan's Spawn? Fooled!"
- Jack Carpenter

The story of King Arthur and the Sword in the Stone has been passed down, translated, and presented in thousands of ways for almost a thousand years. A story of power, destiny, and magic that has withheld the test of time. The story is simple, but the implications are grand. Christopher Wiehl has taken inspiration from this timeless story and has created one of his strongest effects yet.

Have a card selected by a spectator, while the rest of the deck is placed into the box. The chosen card is then replaced, only half way into the deck, much like King Arthur's sword in the stone. Like the tale, the card is now held by the deck, which is now as solid as a rock.

The spectator holds the card, and as the story goes, tries to pull the card from the grips of the deck, only to find out that the entire deck is now solid, and simply hanging in mid-air by the one chosen card. With a gentle wave, the sorcerer releases the bonds of the solid deck, and the card releases along with every other card that has now become, fully restored and freely spreadable as if nothing ever happened.

It's a beautiful, timeless and inspiring as the story of "The Sword in the Stone", now cleverly infused into a fantastic piece of magic that you can easily perform anywhere, anytime.

"Chris showed me this effect and I instantly loved it. The deck was solid hanging from my fingers, then melted like butter in Chris' hands. I wanted it immediately!"
- Justin Flom

"This is f***** genius ! I love it so much, very clever, very simple but the plot does mean something to the spectator and the visual and feelings you get from it are insane."
Alexis De La Fuente, Reviewer 6/12/2015
Add to Cart