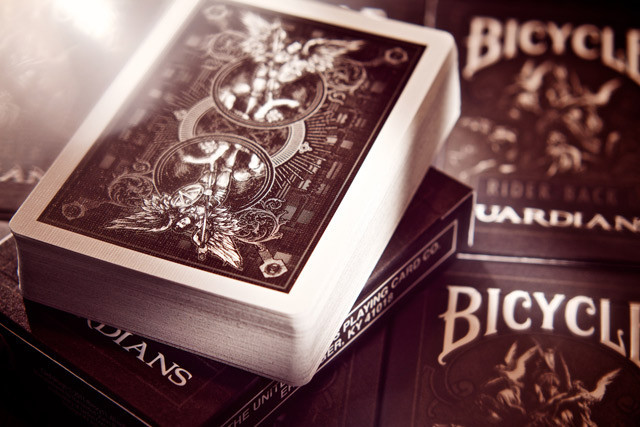 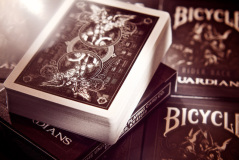 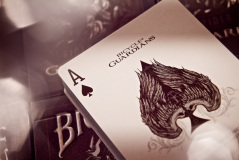 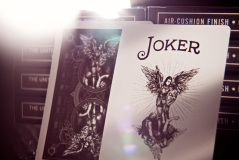 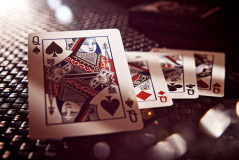 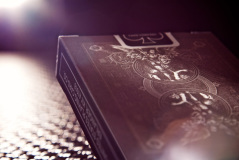 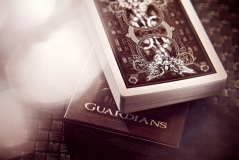 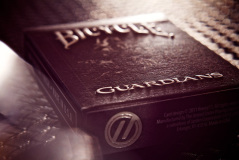 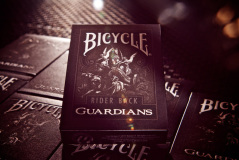 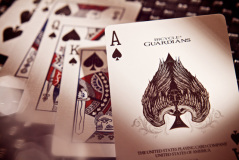 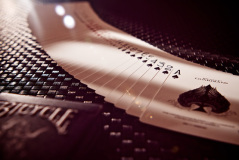 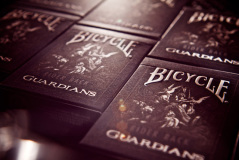 SKU:
SGD10.00
SGD10.00
Unavailable
per item
An International BestsellerThe traditional Bicycle back design has been reborn. Exhibiting the same classic architecture as the originals, the Guardian design was recreated from the ground up.

It has arrived. A deck whose design itself stems from the foundation of Bicycle's classic Rider Back design, only rejuvenated in a more refined, intricate, industrial, modern aesthetic.

This is what the classic Bicycle Angels look like on steroids. Never before has a deck of this quality and level of intricacy been produced. Never before has this much attention to detail been manifested through a pack of playing cards. This new edition features embossed, raised titling and the metallic foil logo emblem.

Produced by theory11 and manufactured by the US Playing Card Company, the Guardian deck takes elements of ancient scriptural art and combines them with a modern, industrial design.

This is shown in the heavenly chariot scene printed on the front of the box, and the powerful image of a Guardian angel printed on the backs of the cards. See the pictures to the right.

The Guardians piercing eyes stare down into the eyes of the fallen. His spear points as if to say, "Don't even think about getting up." From the intricate detail of the protective angels to the sleek color selection, this deck will draw additional awe to any effect, routine, and flourish. Every inch has been painstakingly worked on in both design and production to ensure the deck is truly flawless.

Printed on Bicycle's signature Air Cushion Finish, the deck allows you to perform and flourish with ease, and look frickin' awesome doing it. We know you'll dig them, because we use them on a regular basis.